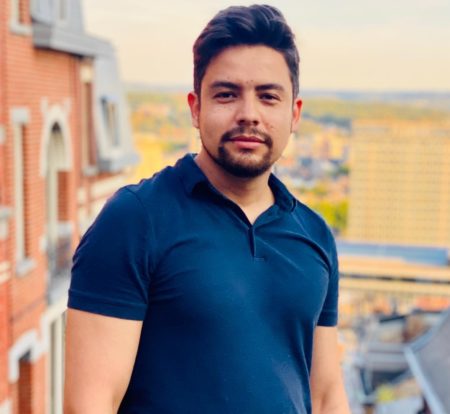 Abbas Kazimi is Programme Assistant – Afghanistan and European Policy Support at the European Institute of Peace. He joined the Institute in October 2020 to support the Afghanistan Peace Programme.

Before joining the Institute, Abbas was a journalist in Kabul where he worked with several media outlets for five years in Afghanistan. His last job in Kabul was with leading TV channel TOLOnews where he was the deputy head of online. Abbas has also worked at the European Commission as a media consultant for 2016 international conference on Afghanistan. He is the co-founder of Brussels-based European Coalition of Refugees and Migrants – a network of Refugee-led Organizations (RLOs) to empower refugees and immigrants to be part of policy and decision-making processes on migration issues.