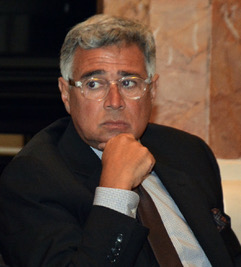 Prior to that, he was an Egyptian diplomat, with a 30-year career in Egypt’s Ministry of Foreign Affairs and the League of Arab States. He has served for close to 20 years in the cabinets of three Egyptian Foreign Ministers and the Secretary-General of the League of Arab States, during critical and eventful periods in the Middle East. He was responsible for issues that included the Middle East Peace Process, regional conflicts, arms control, Arab-Israeli affairs, Arab- American relations, Arab-EU relations as well as UN affairs.

His last official position was Chef de Cabinet and Political Advisor to the Secretary-General of the League of Arab States during the critical years of the Arab Spring 2011-2016.

He is also on the International Advisory Board of the Cairo International Center for Conflict Resolution, Peacekeeping, and Peacebuilding (CCCPA).