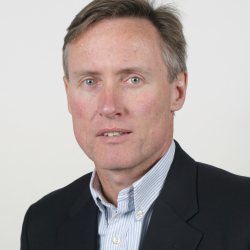 Andrew Marshall is the former Senior Advisor on inclusion to the UN Special Envoy of the Secretary-General to Yemen. He has lived and worked in some 35 countries and has over 30 years of international experience and expertise in the management of multi-million-dollar programmes in the mediation of armed conflicts, industrial mediation, hostage negotiations, large emergency humanitarian operations and development programmes.

As an independent consultant Andrew advises governments, multi-lateral organisations and non-governmental institutions on mediation, negotiation, peacemaking and political risk management. He serves as a Senior Advisor at European Institute of Peace (EIP), managed two large mediation programmes in Chad and Cameroon for the CAO/World Bank and was the Senior Advisor on Mediation at the Crisis Management Initiative (CMI) in Helsinki and at Inter Mediate in London, while he continues to advise private business concerns on political risk management issues.

In 1999, he was a co-founder of the Center for Humanitarian Dialogue (HDC) in Geneva and worked as the organisation’s Deputy Director and Director of Programming until 2010. Prior to founding HDC, he worked for the UN in East and Central Africa as Head of the UNOCHA Regional Office and Humanitarian Advisor to the SRSG for the Great Lakes Region, as a Senior Humanitarian Advisor and Head of Office for UNOCHA in Bujumbura, Burundi, as Programme Coordinator at the WFP in Mogadishu, Somalia and as head of the coordination efforts for Operation Lifeline Sudan in Khartoum.