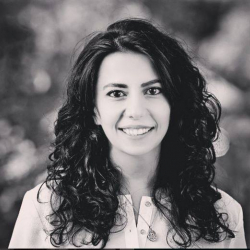 Anna Pambukhchyan joined the European Institute of Peace in April 2020 as Regional Analyst for Eastern Europe. She has an experience of working as a consultant with European Endowment for Democracy and International Crisis Group. In 2014, she became one of the co-founders of “Union of Informed Citizens,” currently one of the biggest and most successful Armenian CSOs.

Her professional interests include frozen conflicts in the Eastern Partnership region; the influence of the media and internet on politics, conflicts and national identity.