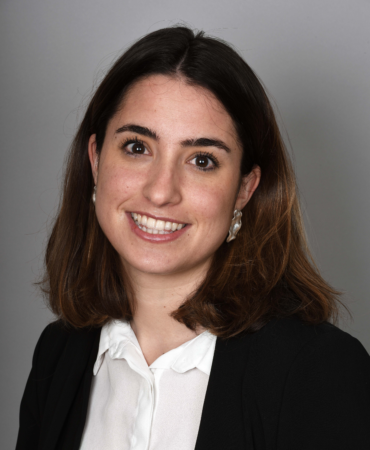 Beatriz Abellan (she/her) is a Programme Officer at the European Institute of Peace. She coordinates the Institute’s projects in Venezuela while supporting the broader efforts of the Latin America programme with the Engagement, Dialogue and Process Design (EDP) unit.

Before working at the Institute, she was a Research Officer at the Institute of Studies on Conflicts and Humanitarian Action (IECAH), based in Madrid, where she carried out research on linking humanitarian action, development, and peace (“triple nexus”) in fragile contexts. Beatriz particularly focused on the peace component of the HDP nexus in the context of the Venezuelan migration crisis and its impact on the region. Previously, at Rand Europe, she contributed to studies commissioned by European Institutions on environmental policy and international development. Before that, she worked as a Public Diplomacy Expert for FPI at the European Union Delegation in Costa Rica, promoting the EU’s ability to engage meaningfully with relevant civil society actors in the country.

Beatriz has a Master of Laws (LLM) in Human Rights, Conflict and Justice from SOAS (University of London) and a Bachelor of Laws (LLB) and a Bachelor of Business Administration (BBA) from Carlos III University of Madrid, having done study abroad programmes at UC Berkeley, University College of London and the Pontifical Catholic University of Chile. Her academic research has mainly focused on the Women, Peace, and Security Agenda in the Colombian Peace Process, collaborating with the Women’s International League for Peace and Freedom (WILPF) office in the UK and Colombia, and more recently it has expanded to introducing a feminist perspective to humanitarian action.

Beatriz is fluent in English, Spanish, and French.