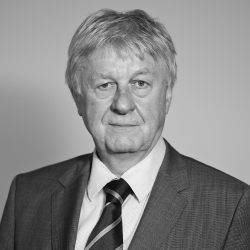 Marc Otte was appointed Vice-President of the Board of the European Institute of Peace on 5 May 2014. He is currently Belgian Special Envoy for Syria and was the European Union’s Special Representative to the Middle East peace process from 14 July 2003 to 28 February 2011. Mr Otte holds an MA in Political and Social Sciences, from the University of Leuven, 1969, and did post-graduate work at the University’s Institute for Developing Countries. Afterwards he taught in the Democratic Republic of the Congo, where he later served in the embassy. Over the following few decades he held various positions in the Belgian Foreign Affairs Service, including Consul General in Los Angeles (1988–1992) and Ambassador to Israel (1992–96). He is a Senior Associate Fellow of EGMONT – The Royal Institute for International Relations based in Brussels.