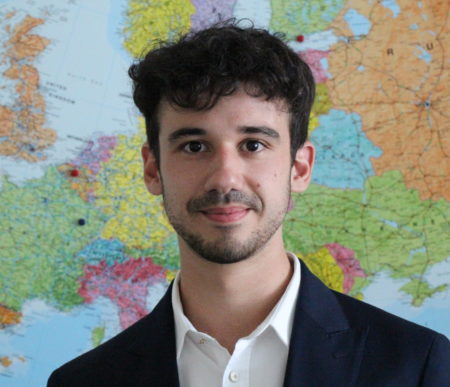 Marco joined the European Institute of Peace’s Eastern Neighbourhood Team as a trainee in June 2022.

He has specialised in security and conflict in Eastern Europe and the South Caucasus as part of his studies and work experience. He lived for over a year in Georgia, conducting conflict research and engaging local IDP communities. He also has experience as a trainee at the EU Delegation to the OSCE, where he monitored conflict-related developments in Europe and supported the diplomatic coordination among EU Member States within the OSCE. Most recently, he was part of International Crisis Group’s EU Team, where he was responsible for supporting advocacy towards the EU and the Member States.

Marco holds a Bachelor’s and Master’s degree in International Affairs from the University of Bologna. Besides his native Italian, he is fluent in English, French, and has an intermediate knowledge of Russian.