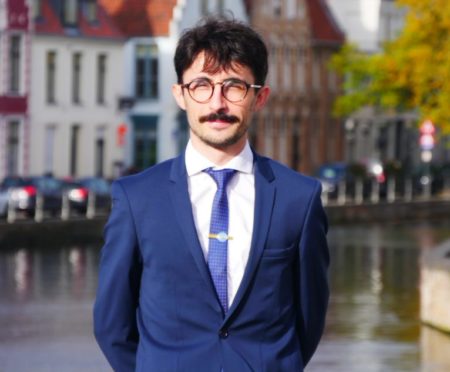 Matteo joined the Executive Director’s Office within the European Institute of Peace as an Events and Communications trainee in November 2022.

A committed optimist and humanist, he sees work at the Institute as a step forward in a professional life dedicated to peace and human dignity. Prior to joining, Matteo served the United Nations Office at Geneva as a Political Affairs and Partnerships Intern within the cabinet of UNOG Director General. He previously worked as a Schuman trainee at the DG Presidency of the European Parliament. Complementary to such experiences, he was involved in several international civil society organisations delivering state-building and democracy promotion activities, in close collaboration with the EU and the UN.

Matteo holds a postgraduate Master of Arts in EU International Relations and Diplomacy Studies from the College of Europe (Bruges). He has notably specialised in the emerging megatrends of violent conflicts and their relevance for conflict prevention and resolution strategies, with a specific interest in the EU’s ability to manage sustainable peace transitions. He previously studied political science, philosophy, and linguistics in Switzerland, and regularly collaborates with specialised journals, weekly newsletters, and third institutions on topics related to peacebuilding, EU affairs, and international politics.