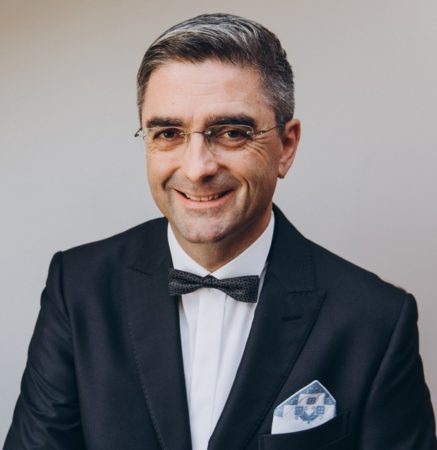 Norbert Ruetsche is the European Institute of Peace’s Senior Programme Manager for the Eastern Neighbourhood and is based in Ukraine.

Prior to joining the Institute, Norbert worked in different positions for the Federal Department of Foreign Affairs of Switzerland (FDFA) in Ukraine. After serving as Political Adviser to the Swiss OSCE Chairmanship on Ukraine in 2014, Norbert remained in Ukraine for the FDFA, first as Human Security Adviser based at the Embassy of Switzerland in Kyiv, and then as a seconded adviser. Among others, Norbert advised OSCE representatives in the context of the Trilateral Contact Group (TCG). The focus of Norbert’s work in Ukraine was on conflict management, resolution and prevention.

From 2010 to 2014, Norbert was the FDFA’s Human Security Adviser in the Western Balkans, based at the Embassy of Switzerland in Prishtina/Priština. Before that, he worked for more than ten years as a journalist and correspondent for various media from Germany, Switzerland and Austria, reporting mainly on Eastern and Southeastern Europe. From 2005 to 2010, he was based in Sarajevo, Bosnia and Herzegovina, from where he covered all the countries of the Western Balkans.

Norbert holds a master’s degree in Contemporary History and Journalism from the University of Fribourg, Switzerland. He speaks German, English, Russian, Bosnian/Serbian and French.