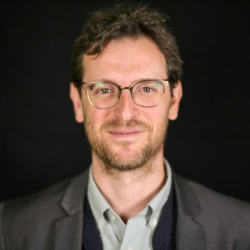 Paul Nolan joined the European Institute of Peace in March 2020 as the Public Affairs and Communications Officer. He is a British/Irish national with 15 years’ experience in the media (Associated Press, Al Jazeera, Radio France International) and as a strategic communications advisor at European NGOs. As a freelance journalist, he has contributed to The Guardian, France 24, and EURACTIV among other publications. Prior to joining the Institute, he served as the media coordinator and press officer at the European Green Party (2017-2019) and contributed to the 2019 Europe-wide election campaign. He holds a joint BA Honours degree in Art and French from the University of Wales, Aberystwyth and is fluent in French and Spanish.