A good time to talk peace 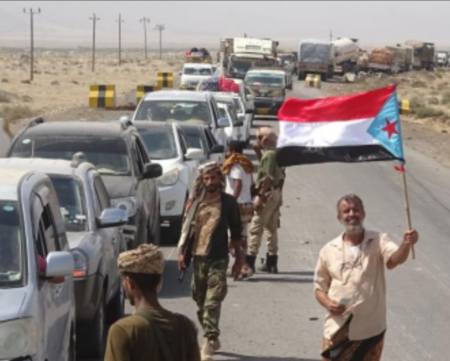 It probably should come as no surprise that COVID-19 is being used by power brokers to advance their partisan and personal agendas rather than as an opening to work together to tackle the common threat. But is it too late for this crisis to be turned to the advantage of people who are most vulnerable to violence and conflict?

On March 23, António Guterres, the UN Secretary-General, called for a global ceasefire. This generated widespread public support, particularly in conflict-affected countries. Among others, Saudi Arabia in Yemen and armed groups such as the Kurds in Syria declared their willingness to suspend military activity.

But lulls in hostilities and renewed willingness to talk turned out to be the exceptions. In many places, levels of violence have increased, with Afghanistan being the standout example. Instead, a combination of factors may be creating a more permissive environment for parties to conflict.

An overarching issue is the lack of global resolve and the egregious failure of the UN Security Council to issue a resolution to support the appeal by the Secretary-General. More mundane but equally debilitating are restrictions on movement, nominally to prevent the spread of the virus, that are affecting not just local people but peacekeepers and aid workers in places such as Sudan or South Sudan. Diplomats and business- people are thin on the ground.

Moreover, political leaders and the public in western countries are mightily distracted. The priority has been to contain the damage triggered by the virus and manage massive and rapid state interventions. Leaders are struggling to maintain their domestic authority, anxious about an eventual reckoning and their re-election prospects, spinning narratives to buttress their credibility.

Stopping violence and suffering in conflict zones is nowhere near the top of the list. US engagement around the world is more unilateral. The pandemic has not been used to refresh diplomatic efforts but to increase pressure on adversaries – such as in Iran and Venezuela. The Chinese are using the virus to extend their influence.

In Europe, the preoccupation has been solidarity, or lack of it, within the continent, not least the willingness of richer regions to bail out poorer ones. Some argue that the survival of the European project is at stake.

Despite the impressive sums pledged to support humanitarian action and debt relief, addressing the deteriorating situation in Europe’s larger neighbourhood, the Middle East and Africa, is not a priority. Yet helping fragile states to cope is in richer countries’ own fundamental interest.

The nature of the pandemic demands a global response. Lifting of lockdowns in some parts of the world while the virus gains momentum just a boat journey or a few hours’ flight away makes little sense.

Dystopian travel, trade and border restrictions based upon health status are unlikely to work, will spur corruption and criminal activity, play into the hands of xenophobes and nationalists, and are likely to polarize politics further. The hand of those who argue for militarized approaches to security will be strengthened, despite decades of evidence that these do not bring lasting solutions, and often make things worse.

Can the crisis be used to incentivize more deliberate approaches to peace and stability? Are sufficient funds available, and is there enough political coherence in the international community to that end?

No one yet knows what the impact of COVID-19 will be on the most vulnerable and conflict-affected states – a distressingly long list that includes many countries in the Middle East including Iraq, Syria and Yemen, in the Horn of Africa, Great Lakes and Sahel, the Caucasus, Afghanistan, South East Asia and Latin America, notably Colombia and Venezuela. Preliminary analysis suggests that a combination of well-functioning institutions, trusted leadership and reliable information, plus relative social and economic equality that creates a sense of solidarity among people, are determinants to success in fighting the pandemic.

Unfortunately, these ingredients are missing most in conflict-affected societies. A combination of lack of preparedness and useful information, weak or non-existent health systems, chronic poverty and ongoing hostilities is likely to result in many deaths and widespread suffering.

The economic consequences are still being fathomed but will be profound. These countries are more integrated into global economic networks than was the case during the 2008/9 financial crash. Collapsing commodity prices and remittance flows, and disruptions in supply chains, trade and travel will hit them very hard, as will reduced development assistance as the GDP of donor states contracts.

The desperate need in many fragile states of elites for financial assistance and meeting the expectations of their citizens, whether embattled middle classes, frustrated young people or the urban poor, could be an opportunity to support reforms that result in more inclusive political arrangements and greater accountability.

From a conflict prevention perspective, the issue is whether urgently needed finance can be used to bring about policy changes that address some of the structural issues that contribute to insecurity. Key issues include the availability of funds to exercise leverage; and the reform agenda they could catalyse, focusing on economic inequality and gender inequity, lack of political inclusiveness and unaccountable security forces, illicit economic activity, land and resource abuse, and increasingly unpredictable climatic conditions.

The International Monetary Fund has moved quickly to get governments to allow it to make $1 trillion available for emerging markets that need emergency support.

But conflict-affected states are least able to absorb or use this. The World Bank has also moved fast to make a chunk of the $160 billion pledged by its shareholders available for countries defined as fragile and conflict affected. Grants and debt service relief will be used to build capacity to respond to COVID-19, maintain livelihoods and to help marginalized groups including the displaced.

It is a credit to the Bretton Woods institutions that they have been so forward leaning, given their traditional aversion to risk. Imposing conditions to achieve debt relief requires strong political support and international partnership, as was just demonstrated in Somalia. Doing this at scale at a time of crisis will be complex.

There has been a Zoom boom among analysts, development experts and the peacebuilding community on what a desirable post-crisis landscape should look like. This is healthy. But it is not the same as mobilizing politicians and decision makers in the most powerful countries, including in the Arab world and Far East, around a transformative agenda. For the moment, the focus of these policymakers has been on injecting cash and preventing a full-scale macro-economic collapse.

The G-20 and G-7 communiques were largely silent on job-creating investments in local infrastructure, clean energy, humane urbanization, land use, waste management and recycling, reforestation and biodiversity regeneration. These are needed both to encourage more sustainable, climate friendly and equitable economic models and to help address the structural factors contributing to and sustaining conflict.

As for context-specific conversations among the most powerful states and economic actors on how to propel inclusive political processes, accountable government, rule of law and dialogue among armed groups – these are few and far between.

An unlikely revolutionary, Kristalina Georgieva, the IMF’s managing director, has suggested that there could be ‘unimaginable benefits’ emerging from this crisis including, for example, changes in behavior that benefits action on climate change.

The issue is whether there is the political will and imagination to seize this opportunity. If not now, when?