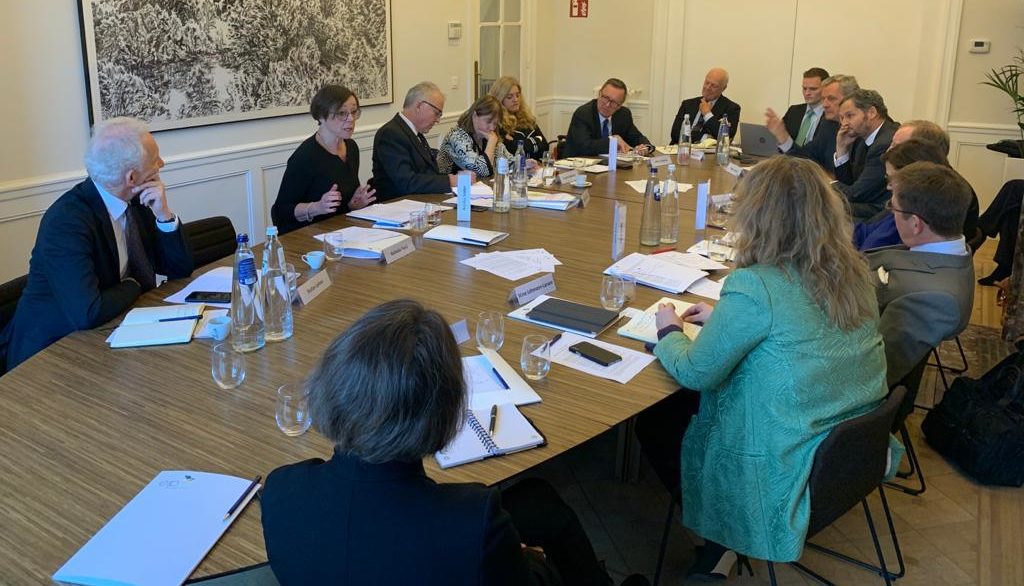 A total of eight European Member States sit on the Institute’s board.  Currently, it comprises of Belgium, Finland, Ireland, Italy, Luxembourg, Poland, Spain and Sweden.

They provide strategic, political and technical support to the Institute. Annika Söder was appointed President of the Board of Governors at the European Institute of Peace on 11 July 2019.

The Institute was launched by Foreign Ministers of the member states and the President of the Board at a press conference on 12 May 2014.

The inaugural meeting of the Board of Governors took place on 5 May 2014 with participation of the founding members: Belgium, Finland, Hungary, Italy, Luxembourg, Poland, Spain, Sweden and Switzerland. Mr. Staffan de Mistura was appointed President of the Board and immediately took up his duties.

Subsequently, Ambassador Marc Otte was elected Vice President and continues to serve in this capacity.

The aim of the European Institute of Peace is to carry out work of a philanthropic nature. It is devoid of any profit-making purpose and its objective is to contribute to and complement the global peace agenda of the European Union and European states through mediation and informal dialogue.

In 2019, we had a total operating income of approximately 8 million euros and corresponding expenditure.