Don’t miss opportunities to make peace with the climate 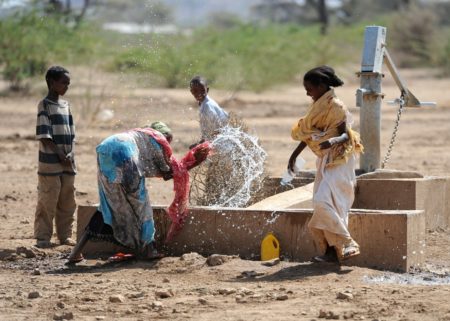 by Michael Keating, Executive Director of the European Institute of Peace

“Look, I know it’s important, but I haven’t got time for climate change”. This was the frank response of a senior envoy to my question recently about the significance of extreme and unpredictable weather patterns to the long running conflict he was trying to resolve.

As a former UN Special Representative, I fully understand this reaction. Much of my time in Somalia was spent dealing with immediate political drama, responding to or trying to prevent eruptions of violence and security incidents, to humanitarian crises, and above all, to the very time-consuming business of trying to bring people together, facilitate discussions and mediate agreements, whether with local, national or international actors.

Given these imperatives, attending to climate change and environmental issues might seem an eccentric use of an envoy’s time. But, I would argue, it isn’t. Why?

Conflict is happening in a climate-changing world

Climate change and environmental degradation play an ever more consequential role in shaping the dynamics of conflict on the ground, in exacerbating its root causes, and in influencing geopolitical competition that swirls around civil wars, particularly in resource-rich regions.  Moreover, these issues are seen as more important to people experiencing insecurity.

It is now well understood that the climate is changing at a speed and scale that is unprecedented in the history of humanity. This is altering where crops can be grown, how much water flows in rivers, human and animal health, where people can live and make a livelihood. It is changing where storms hit, and how hard. It is shifting the demand for and the accessibility of resources such as oil and gas, but also those like bauxite, cobalt, coltan, lithium and nickel, that are in increasing demand in the digital era as the world transitions to cleaner forms of energy.

In many places, environmental degradation, biodiversity loss and exploitation of natural resources – even more obviously than climate change – affect peoples’ sense of identity and wellbeing, ratcheting up concerns about their jobs, security and prospects.

I hear this from people wherever I go – and not just farmers and pastoralists but from city dwellers too, elders and young people, women and men, teachers and students, business people and journalists. Everyone, everywhere is now affected, and many more feel victimized.

Perceptions that the exploitation of resources is benefiting some at the expense of others and that powerbrokers are using government and security forces to protect their interests feed into a sense of injustice and, in many cases, to the appeal of extremist agendas.

To what degree are these issues relevant to conflict resolution actors, peace envoys and mediators? And if we think them important, what in practical terms should be done? The European Institute of Peace asked a cross section of them and captured their thoughts in a paper being issued today: ”Making peace with the climate”.

This was an enriching exercise that underscored the growing relevance of climate, environment, and resource exploitation to conflict resolution. In a nutshell, these issues matter to mediators and many in the conflict resolution sector because they matter to conflict, whether in terms of exacerbating root causes, reducing violence, strengthening governance, or finding political solutions.

A tricky issue is determining what the practical implications are – not helped by the politicisation of the climate and security agenda, as evidenced by absence of consensus in the Security Council on the relevance and legitimacy of the topic, despite existential threats to entire countries. The purpose of this initiative was not to go there but to hear from people with senior level field experience.

Envoys and mediators are experts at exploring the world of the politically possible, trying to help protagonists develop creative solutions to seemingly intractable challenges. Many rich insights emerged; three things in particular stand out.

First, is the importance of having access to useful information in order to give climate change and environmental issues the priority they deserve. Envoys and mediators tend not to be climate scientists. We rarely have time to learn about the complex interactions at work.

This points to the need to bring climate and environmental specialists into political teams, not least to enrich political economy analysis. More technical support can also be provided from headquarters. The UN’s Climate Security Mechanism is a positive development which could be strengthened and replicated by others, including the EU.

The objective should be to strengthen nationally owned strategies and support practical steps to reduce violence and resolve conflicts, both in the longer term by joining the dots between political and development actors, and in the shorter term by focusing on conflicts that are already or could become violent.

The latter includes both disputes that are primarily around access to and control of resources, but also to explore ways to use this information to reframe seemingly intractable hard core political issues. These can be around inter-linked topics such as power sharing, access to and control of revenues, governance and accountability, the role of security forces, the rule of law and protection of rights. A challenge here is how to get useful information into the right hands at the right time.

Second, peace agreements need to be incentivised and then sustained by initiatives that yield tangible dividends, responding to what people prioritize in terms of their security and future which they see as increasingly shaped by climate and environmental changes.

International partners should be able to seek advice from mediators to develop ideas for ‘peace dividend’ goals both for demobilised combatants and for the broader population – initiatives that address the impacts of climate change. Greater focus can be given to marrying job-creating investment in clean energy, land and water resources with the conflict resolution agenda – for example by ensuring that resources for adaptation to climate change, or the mitigation of greenhouse gases, also support peace and reconciliation – and, at the very least, do not make the situation worse.

Third, envoys and mediators can be a powerful voice locally and with regional players, calling for greater attention and action on the security impacts of environmental degradation and climate change.

This can be done in many ways, including by creating space for civil society, business and authorities that are focusing on these issues, and by helping them attract support. Envoys can articulate the issues and use their positions to communicate how climate change and environmental degradation affect the countries in which they are working, as well as engage national and local powerbrokers and networks of influence on the risks and opportunities.

The challenge is to match our deepening awareness of climate, biodiversity loss and competition for resources by practical steps that can help prevent and resolve conflicts and contribute to lasting peace. The message emerging for envoys and mediators is that not paying political attention to these issues is unwise. They deserve more support and encouragement to do so.

Michael Keating is the Executive Director of the European Institute of Peace. He is the former Special Representative of the Secretary-General (SRSG) and Head of the United Nations Assistance Mission in Somalia, former deputy SRSG in Kabul and advisor to a range of mediation bodies, including Intermediate and Search for Common Ground.