Energy and politics in the Eastern Mediterranean 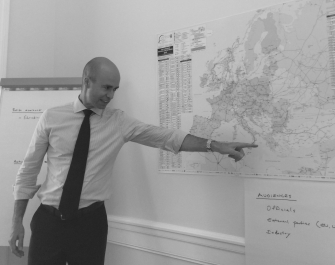 EIP held a successful first round of talks on regional energy cooperation.

On 17 July, EIP held a workshop on regional energy cooperation in the Eastern Mediterranean. International experts coming from diverse backgrounds and with familiarity of the region offered their expertise on current and future energy projects and their impact on political dynamics in Eastern Mediterranean. During the workshop, the participants discussed priorities of the involved parties and looked at various commercial proposals. Particular focus was given on the sustainability of the plans and areas of special concern to the EU. For more on the EU’s energy strategy also see the recent Council Conclusions on Energy Diplomacy.

If you want to know more about developments in the Eastern Mediterranean, make sure to subscribe to the newly launched “EIP East Med Watch” – a regular press review and think tank roundup on energy politics in the region.