In memory of Hisham al-Hashimi 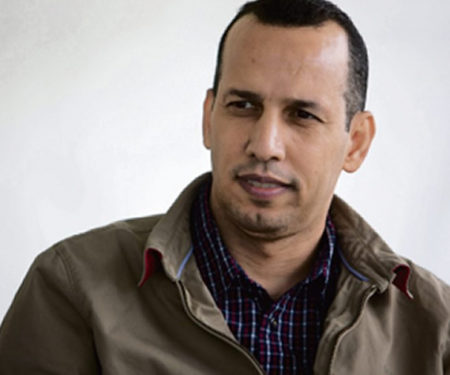 On 6 July 2020, our friend and colleague Hisham al-Hashimi was shot dead in front of his home in central Baghdad. As he walked out of his house and was getting into his car three gunmen on motorcycles fired at him from just a few metres away.

Hisham’s death is a great loss to Iraq, and a great loss to humanity. Everyone speaks about Hisham the analyst, the strategist, but the greatest tribute is to Hisham, the human.

Over the last 18 months Hisham worked closely as a key member of the Institute’s Iraq team, assessing approaches to the reintegration of mothers and children of ISIS-associated families, which was about to culminate in a new project on social cohesion, something which Hisham cared for deeply.

In November 2019, Hisham made his last visit to the Institute in Brussels, to discuss a nascent project in response to the protest movement. This was a cause very close to Hisham’s heart; he was committed to doing everything in his power to enable the protesters to realize the much needed change. We drew up a plan together, and he left motivated and excited. At the time it would have been inconceivable to believe that this would be his last trip to Europe.

The last time some of us saw Hisham was in February, when our team met in Beirut. After finishing work, it was time to enjoy life, something Hisham believed in very much. He was an avid reader and writer; he would take any and every opportunity to source new books to read and pens with which to write. Whenever he would arrive in Istanbul, where he lived for some time, his first port of call was always his favourite library.

As an enemy of the two extreme ends of the political spectrum: both the Sunni and the Shia extremists – Hisham was unfortunately always at risk. He had many offers to settle abroad far from the volatile atmosphere in Baghdad, though he always refused. He wanted to be in Iraq, close to the shifting sands of Iraqi politics, where he could pursue his passion for knowledge, and do everything in his power to benefit his country.

His mixed family and upbringing enabled him to seamlessly bridge whatever imagined differences beset Iraqi society post-2003. In all our engagements it was obvious that he was held in the highest regard, and his advice was taken with the utmost seriousness. While a man of great gravitas, he did not take himself too seriously and frequently sought to try to find the humour, even in the bleakest scenarios.

Hisham is irreplaceable. Not only was his level of knowledge unparalleled, but his character, subtle sense of humour and rare humility are seldom encountered in one human. In a professional field marred by competition, Hisham always took time to listen, generously share his expertise, and encourage young researchers. He was at once patient and proactive, and his absence will be sorely lamented by many.

While we mourn a good friend and a leader in his field, our thoughts and prayers are with his family, especially his children, who witnessed this tragedy.

Your contribution towards peace in Iraq will never be forgotten.