Israel’s Threat To Annex West Bank Territory: A Moment Of Reckoning For Europe 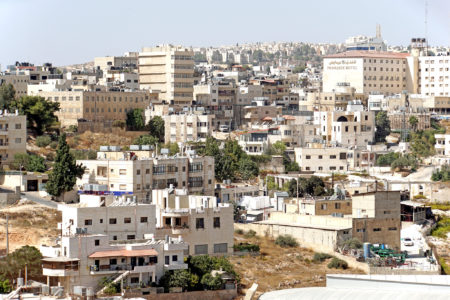 “We have a historic opportunity, which hasn’t existed since 1948, to apply sovereignty…in Judea and Samaria.” So declared Israel’s Prime Minister Benjamin Netenyahu on May 25, one week after his government was sworn in by the Knesset and one month after striking a power-sharing deal that allowed for the annexation of West Bank territory to be put to a vote from July 01.

Israel’s threat to “apply sovereignty” – a euphemism for annexation – over Judea and Samaria, the Biblical names for the Occupied Palestinian territory of the West Bank, represents a direct and provocative challenge to European policy on the Middle East Peace Process.

Whatever the geographical scope of the annexation, it would amount to an Israeli rejection of a two-state solution, undermine international law, and entrench a one-state reality whereby Palestinians have fewer rights and freedoms than Israelis, which would likely meet the international definition of apartheid. It could also lead to increased violence and instability in the occupied Palestinian territories and in the wider region.

In the twenty-five years since Europe helped establish a path towards a two-state solution with the Oslo Accords, Europe has supported a framework for conflict resolution – politically and financially – which may now be weeks or days away from an irreparable demise. It is clear that the EU leadership and the majority of EU Member States recognize what is at stake and many have sought to dissuade Israel from proceeding with annexation. These efforts should be stepped up with urgency in the coming days and weeks.

“Thou Shalt not Steal” said Luxembourg’s Foreign Minister Jean Asselborn last week, in what seemed to be an effort to translate the ‘inadmissibility of acquiring territory by force’ principle of international law into a more familiar language for the Israeli public. Asselborn’s counterparts in Europe may choose to stay clear of theology, but they would do well to follow his lead on diplomacy.

Indeed, Europe’s primary objective in the immediate term should be to deter annexation and improve security and justice for all the people in the region. At the time of writing, it appears that Prime Minister Netanyahu has not yet made a final decision on annexation, particularly regarding its territorial scope or legal presentation. Effective European diplomacy could weigh upon his cost-benefit calculations.

Israel has legitimate concerns about its security and Europe could make a strong argument – as many commentators in Israel have done – that annexation would undermine Israel’s long-term security interests. Not only would it foment unrest, it would create a long and difficult-to-control border with the Palestinian enclaves and could precipitate the irreversible collapse of the Palestinian Authority’s security cooperation with Israel. The destabilising effects of annexation on Jordan should also be a major security concern for Israel, which will want to maintain its security coordination with the Hashemite Kingdom.

European leaders could also communicate that annexation would carry consequences and that EU disunity would not prevent a strong response by Member States and the European Commission. European policymakers could reiterate their commitment to distinguishing between Israel and the settlements, and signal a readiness to deepen and harden ‘differentiation’ measures such as extending its restrictions on products exported from Israeli settlements. Another option for Member States is to indicate a readiness to recognise the State of Palestine on pre-1967 lines.

However, given Netanyahu’s position and the backing he receives from the Trump Administration, it may be beyond Europe’s power to deter annexation. Therefore, European policymakers should, with equal urgency, prepare to respond robustly to annexation if it happens and consider Europe’s post-annexation relationship with Israel and with the Palestinians.

Europe’s toolbox is less limited than many policymakers, including those in Israel, may realise – even accounting for EU disunity which will likely preclude certain responses such as the imposition of sanctions. Strong measures can be taken by European Member States, whether individually or as part of a group of likeminded countries, and there is a range of potential action which the European Commission and European External Action Service could take on the basis of EU law and existing Foreign Affairs Council conclusions.

As an immediate reaction, European States could recall their ambassadors from Israel for consultations. HR/VP Josep Borrell could initiate a comprehensive EU-wide legal assessment and policy review of the effects of annexation on EU-Israel relations, aimed at ensuring that the EU’s legal order and its lawful relations with Israel are protected from what would be an illegal action by the government of Israel.

Both the European Commission and EU Member States could step up efforts to implement UN Security Council resolution 2334 by deepening and hardening differentiation measures. As mentioned, European States could formally recognise Palestinian statehood on pre-1967 lines. This may be a “symbolic” response with limited tangible impact, but it could help keep the two-state solution alive politically, especially if it is done by a critical number of European States. Other policy options include reviewing bilateral agreements with Israel to ensure they contain clear territorial clauses.

However, even before decisions are made about Europe’s post-annexation relationship with Israel and with the Palestinians, Europe’s greatest attention and concern should be directed towards the people whose security, livelihoods and rights are most threatened by annexation. European actors would need to consider how to adapt programming to support vulnerable communities in a way that does not legitimise Israeli policies or practices linked to annexation.

The threat of annexation is a profound challenge for the European Union and its Member States. Europe’s credibility as a normative power, a geopolitical actor and a champion of the rules-based international system are at stake. The coming weeks and months will be a crucial test of Europe’s ability to go beyond rhetoric and use foreign policy to exercise real influence.