Climate-Fragility Policy Paper: Climate Change and Security in the Horn of Africa: Can Europe help to reduce the risks? 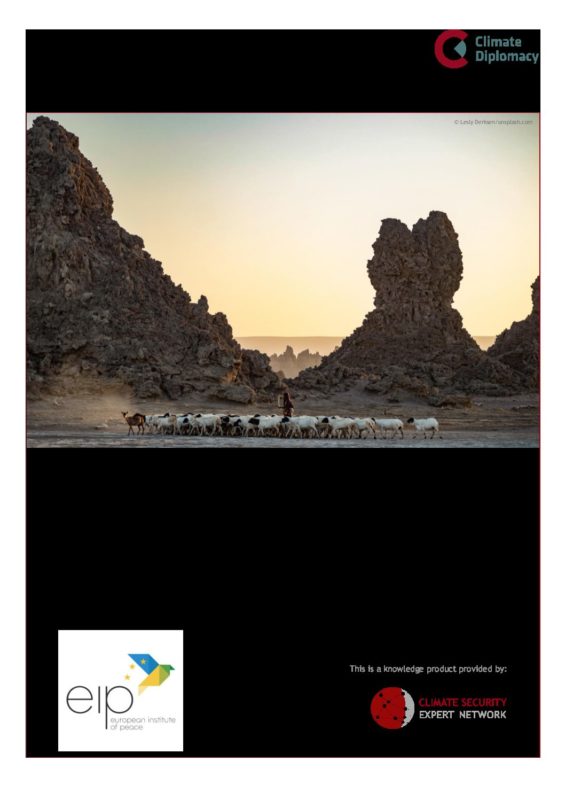 This case study examines the climate-conflict nexus in the Horn of Africa and seeks to contribute:

The Intergovernmental Panel on Climate Change concludes on the linkages between climate change and violent conflict that while there is little evidence of a direct causal relationship, there is evidence that climate change or climate variability can increase the risk of armed conflict in certain circumstances. This has often been referred to by the EU as the “multiplier effect.” Linkages are also evident in the other direction – conflict and displacement can affect the capacities of people and institutions to adapt to climate change, making communities even more vulnerable to the negative effects of climate change.

Climate change pressures are already interacting with conflict dynamics in the Horn of Africa. For example, the already-tense Nile water sharing negotiations between Ethiopia, Sudan and Egypt are being made more difficult by climate impacts that are likely to make the water supply more erratic, exacerbate water shortages, and possibly affect the Nile flow downstream. Another example can be found in the Arabian Peninsula and Somalia, where unseasonably warm weather coupled with the civil war damage to Yemen’s locust response system have worsened a locust outbreak that will threaten the food security of 25 million people in the region. Outside the scope of this paper, but also important, are the effects on the Horn of the political and economic responses to climate change in other parts of the world.