Gender and Extremism in Ethiopia 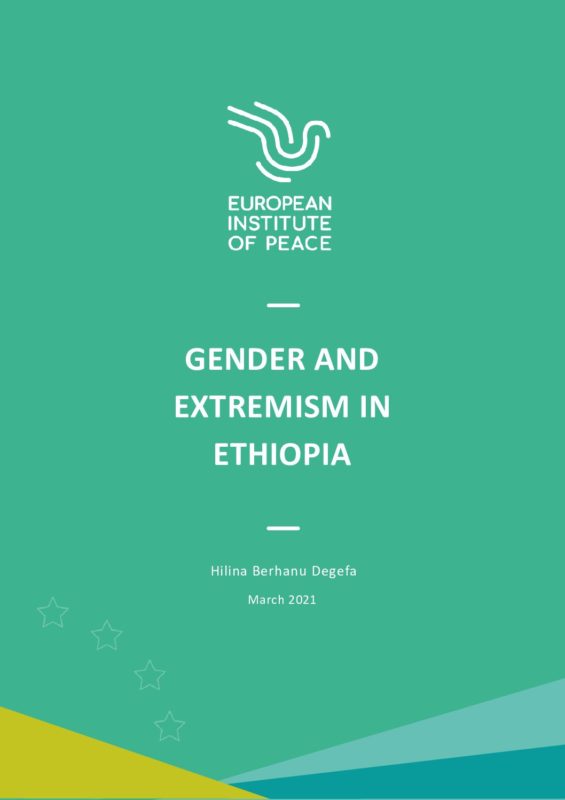 This paper endeavored to provide a gender analysis on the role of women in violent extremism (VE) and government-led efforts on Preventing and Countering Violent Extremism (P/CVE) in Ethiopia. It draws its findings and recommendations from three main research methods: a literature review, observation, and one-on-one semi-structured interviews with actors involved in VE and P/CVE efforts across six Regional States in Ethiopia.

The study firstly examines the role of women in extremism in Ethiopia, emphasising how and why women are involved in VE, including the gendered nature of association with VE groups. Among those that have been researched are the hardening of in-group identity, sense of community and seeking recognition, romanticism and fascination with a charismatic leader, as well as a sense of victimhood as a result of government action or inaction, including gender-specific violations. All are contributing factors; mostly compounded and cumulatively present in individual cases.

Secondly, the study engages with the current standing P/CVE efforts led by the government, analysing the types of womanhood that the state mobilises and produces in the name of, and as part of, P/CVE efforts. While the research has been less conclusive in establishing a commonly agreed-upon definition of VE from respondents, it recommends the need for intersectionality-informed gender analysis in understanding women’s participation in VE as well as in the designing and implementation of P/CVE measures.