Making peace with the climate: Conflict resolution in a climate – changing world 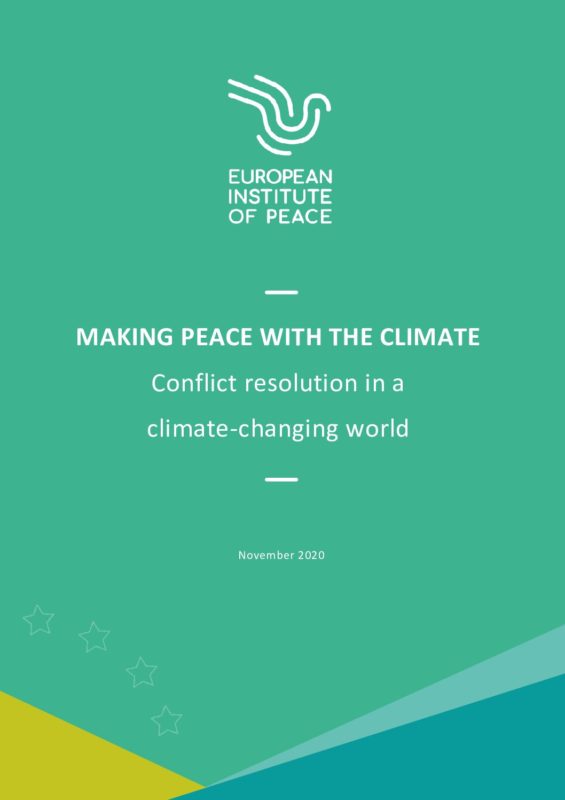 Conflict resolution practitioners operate in an evolving context. Climate change is redrawing the map of the world: shifting rainfall, supercharging storms, and altering the extent of deserts and seas. It is one of several global megatrends (along with population growth, technological change, ecological collapse, and rapid urbanisation) that are shaping and reshaping relations between and within countries and communities. Climate change is widely expected to impact the nature of violent conflict. Climate change may affect the likelihood of violence, for instance by increasing the likelihood of transboundary or community tensions over diminishing water supplies. Climate change may also affect the location of conflict, as the places that are facing climate change’s most dramatic impacts become increasingly fragile. Climate change will also affect the legacies of conflict, which may be even more acute in places that are highly vulnerable to climate change.

Mediators will increasingly find themselves tasked with resolving conflicts in which climate change has contributed to the outbreak and/or continuation of violence. Likewise, they will have to determine how conflict resolution can address climate change in both conflict and peace agreements. Climate change is a scientific reality; human responses to it are highly political. Climate change creates winners and losers, exacerbates inequalities, and shifts power balances at local and national levels. Whether climate change triggers violence depends on how the societal pressures it brings about manifest themselves, and whether existing ‘infrastructures for peace’ are robust enough to prevent a recourse to violence. Such a politicised, charged and delicate context is exactly where an effective mediator is best suited to operate.

Between May and June 2020, the European Institute of Peace conducted a series of structured interviews with more than a dozen senior envoys, peace process facilitators and conflict resolution experts from the EU, UN, governments, and civil society. The interviews explored how and why climate insecurity matters to conflict and conflict resolution practitioners, what lessons have emerged from their experience and what should be prioritised in the future. In July, the Institute hosted a virtual meeting, attended by more than 60 practitioners and experts, to discuss these issues.

This paper is the result of those interviews and that meeting. It presents a cross-section of experience, lessons learned and expectations about what the future holds for practitioners in trying to bring peace in a climate-changed world. We trust it may provide the beginnings of an experience-derived and evidence-based analysis of how climate change impacts can be understood and addressed by those endeavouring to enable effective and lasting conflict resolution.