Preventive Diplomacy – the vanguard of multilateralism 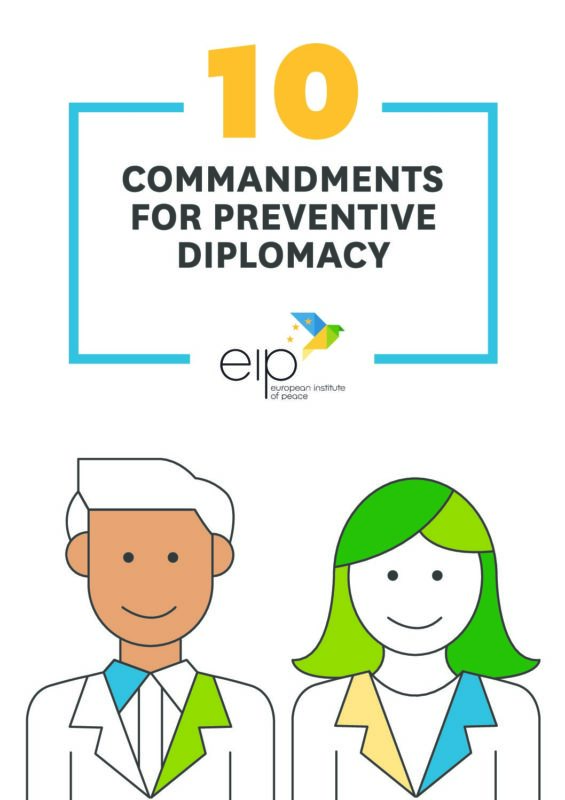 2016: “Tight borders across Central Asia as trust disappears between neighbours.”

None of the headlines above are real, thanks in part to preventive diplomacy efforts. In 2008, the UN led by Kofi Annan quickly mediated between the parties in Kenya and developed a process for a peaceful transition of power. In 2014, the UN Special Representative, the AU and ECOWAS helped to assist the democratic transition process in Burkina Faso, culminating into peaceful, free, and fair elections the following year. From 2007, a regional Preventive Diplomacy Centre (UNRCCA) has aimed at creating favourable conditions for constructive dialogue, seeking long-term and sustainable solutions to the existing disagreements and taking into account the interests of all the states in the Central Asia region.

EIP started looking specifically at preventive diplomacy in 2016 and since then much has changed. The UN and other international bodies are still the main arena but they are under threat as agreements and accords are ignored by powerful states. When “what’s in it for me” is the guiding political principle, prevention – where benefit is hard to measure – loses out in favour of harder security options. However, preventive diplomacy is still the most effective and cheapest way to stop a conflict from worsening. This is particularly important today as the already notable impact of climate change will only continue to grow in the coming decades.

In this project, EIP has worked with UN-, EU- and other international special envoys, experts, and other practitioners to try to understand how preventive diplomacy works, why it is effective, and how we can do more. The results, presented in the attached booklet as the 10 Commandments of Preventive Diplomacy are not revolutionary. Instead, they underline the importance of the work diplomats do every single day and urges the international community to think about how they can adopt a preventive mindset in other activities.  Over the past three years, we have learned that preventive diplomacy is not only something that happens immediately before, during, and after a crisis. Preventive Diplomacy is the quiet everyday work of thousands of diplomats all over the world. Prevention is making connections that may be useful later. Prevention is listening to voices otherwise unheard. It is raising sensitive issues that may fester and turn into violence-inducing grievances. It is understanding the people, culture, history and personalities. In short, preventive diplomacy is the vanguard of multilateralism in a conflict setting.

With this report, EIP hopes to aid states and diplomats in thinking differently about what they do and to relate their work back to harder security issues even if they may work on completely different topics. With minor adjustments, preventive diplomacy can be strengthened and understood better by diplomats and civil servants both in embassies and in capitals. Such a change in perspective would have significant downstream effects as maintaining local presence for preventive purposes, a change in reporting practice, possibilities of new partnerships, altered funding strategies, and the list goes on.

Further, today’s challenges are global in scope and require multilateral approaches to succeed. The systemic threats posed especially by climate change but also nuclear proliferation already have major impacts on local, national, regional and international politics but will only grow in urgency and impact. Preventing the worst scenarios from materializing is existential and will shape global politics and international relations for the rest of the century. It is by far the biggest and most important preventive diplomacy operation in history.

We better get it right.

We would like to extend our gratitude to Sweden and Germany for providing the funds for this project and to all our participating envoys, experts and practitioners.