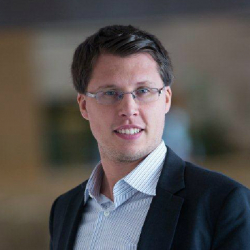 Professor Harry Verhoeven joined the European Institute of Peace in 2020 as a Senior Advisor.  He holds a DPhil from the University of Oxford and is the Founder and Convenor of the Oxford University China-Africa Network (OUCAN).

He is the author of Environmental Politics in the Middle East. Local Struggles, Global Connections (Hurst/Oxford UP, 2018), Why Comrades Go To War. Liberation Politics and the Outbreak of Africa’s Deadliest Conflict (Hurst/Oxford UP, 2016), Water, Civilisation and Power in Sudan. The Political Economy of Military-Islamist State Building (Cambridge UP, 2015).

His core interests include the Political Economy of Natural Resources and International Relations of Africa, the Middle East and the Indian Ocean.