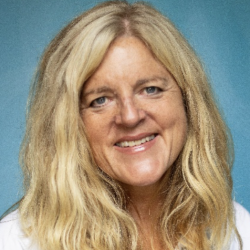 Hilde F. Johnson joined the European Institute of Peace (EIP) as Senior Advisor in January 2020 after more than 20 years of high-level leadership experience in peacemaking, peacebuilding and development.

As Norway’s Minister of International Development (1997-2000 & 2001-2005) she engaged in multiple peacebuilding efforts across the world and played a key role in the Sudan peace negotiations (CPA, 2005). She was the SRSG of UNMISS in South Sudan 2011 – 2014 and served on the UN’s High-Level Independent Panel on Peace Operations, HIPPO 2014-2015. As Deputy Executive Director of UNICEF she led the organisation’s humanitarian operations and crisis response (2007-2011).

Academically, she is the author of three books on Sudan, South Sudan, peace processes and peacebuilding and has had a distinguished political career as elected MP 1993-2001 and as Secretary General of the Christian Democratic Party of Norway (2016-2019).