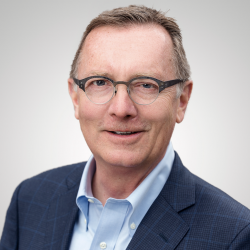 Jeffrey Feltman was pleased to join the European Institute of Peace (EIP) in January 2019 as a Senior Advisor. He is the John C. Whitehead Visiting Fellow at the Brookings Institution and a Senior Fellow at the UN Foundation.

From 2012 until 2018, he served as UN Under-Secretary-General for Political Affairs. Previously, he was a U.S. Foreign Service Officer. From 2009 until 2012, he was the Assistant Secretary of State for Near Eastern Affairs. Prior to his 2004-2008 tenure as U.S. Ambassador to Lebanon, he served in Erbil, Baghdad, Jerusalem, Tel Aviv, Tunis, Amman, Budapest, and Port-au-Prince.