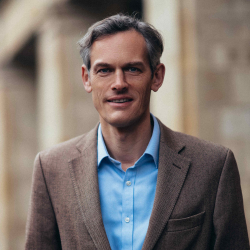 Matt Waldman is a Senior Advisor at the European Institute of Peace (EIP), a role he had from 2014-2017 and again since January 2020. He is also currently a Special Advisor to the United Nations Envoy for Yemen, Director of the Center for Empathy in International Affairs, and a visiting Fellow at Harvard Law School’s Program on Negotiation.

Previously, he served as an advisor to United Nations envoys for Somalia, Syria and Afghanistan and has undertaken mediation work in the Middle East and Africa for the European Institute of Peace and Inter Mediate.

He was a Fellow at the Belfer Center in Harvard University’s Kennedy School, and Senior Lecturer at the Fletcher School of Law and Diplomacy, Tufts University.

He was also previously a Fellow at Harvard’s Carr Center for Human Rights, a Visiting Fellow at Clare College, Cambridge University, and an Associate Fellow at Chatham House.