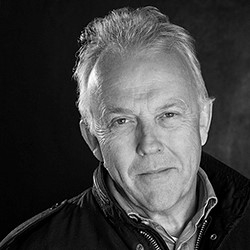 Michael Keating is Executive Director of the European Institute of Peace (EIP), an independent body partnering with the European Union and European states as a resource to promote and provide practical support for more effective approaches to conflict prevention, resolution and mediation.

Until September 2018, he was the Special Representative of the Secretary-General (SRSG) and Head of the United Nations Assistance Mission in Somalia.

His career has been divided between the private and public sectors. Until 2015, he was an Associate Director at Chatham House in London. Between 2010-15, he worked as an advisor to conflict mediation bodies, including Intermediate and Search for Common Ground. From 2008 – 10, he served as the Executive Director of the Africa Progress Panel, a policy group chaired by Kofi Annan.

His UN career has included assignments in Kabul as deputy SRSG, in Lilongwe, Jerusalem/Gaza, New York, Geneva, Islamabad and Mogadishu. His private sector experience includes five years in financial publishing in the City of London; in television as associate producer on documentaries broadcast by the BBC, Channel Four; and running a management and communication consultancy.

He was born in Uganda, educated in the UK and has a Master of Arts in History from the University of Cambridge.