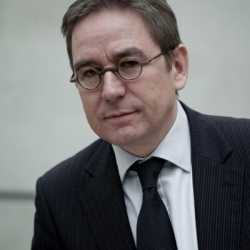 Paul Seils is Director at the Peace Practice and Innovation unit at the European Institute of Peace (EIP). He is a lawyer by profession. For more than twenty years he has worked in conflict and post conflict situations around the world, working with victims, governments and international organisations, focusing on the relationship between sustainable peace and justice.

He lived and worked in Guatemala for five years after the end of the civil war there, designing and leading an investigation into the state’s genocide of Mayan groups in the 1980s. This proved a central element in the eventual prosecution of a former military dictator.

He has served, among other things, as the Head of Situation Analysis at the Office of the Prosecutor of the ICC, the Chief of the Rule of Law and Democracy Unit at the United Nations Office of the High Commissioner for Human Rights in Geneva, and Vice President of the International Center for Transitional Justice in New York. He has written on human rights and justice widely over the last two decades. He taught on the advanced Masters course at Leiden University from 2015-2017. He is currently a Visiting Professor with the School of International Relations at St Andrew’s University, Scotland.