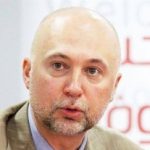 Refik Hodzic joined the European Institute of Peace (EIP) in 2017 as a Senior Advisor. Previously, he served as International Centre for Transitional Justice’s Director of Communications from 2011-2017. While working with the International Criminal Tribunal for Yugoslavia from 2000–2004 and 2006–2010, he served as the tribunal’s Spokesman and Outreach Coordinator for Bosnia and Herzegovina. He also headed the public information and outreach section of the Court of Bosnia and Herzegovina, and worked in contexts as diverse as Sri Lanka, Lebanon, Colombia, Tunisia, Afghanistan and numerous other countries.

In 2004, Hodzic co-founded XY Films, an independent film and television production company producing documentary films dealing with the legacy of war crimes committed during the 1990s. He has published extensively in international media and academic publications on victims’ rights and the role of media in international justice.