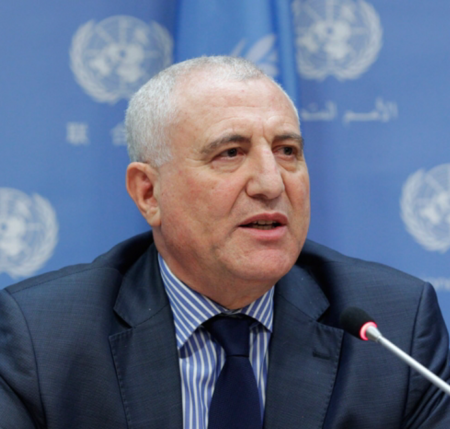 Said Djinnit has been a Senior Advisor with the European Institute of Peace since June 2019. Throughout his career, he spearheaded multilateral efforts to support peace processes all across Africa. From 2014 to 2019 he served as the UNSG’s Special Envoy for the Great Lakes in the context of which he initiated and facilitated the Inter-Burundi dialogue and supported the dialogue process in the Democratic Republic of Congo. Prior to that, he served as the UNSG’s Special Representative for West Africa (2008-2014), the International Facilitator of the Guinean Dialogue (2013), and the High Representative for Nigeria (2014). Before joining the UN, he was the African Union (AU) Commissioner for Peace and Security (2003-2008) and worked on the development of the African peace and security agenda and architecture in various roles at AU and the Organisation of African Unity (OAU).

He is also a Senior Advisor at the African Centre for Constructive Resolution of Disputes (ACCORD) and the President of the Advisory Council of the Institute for Security Studies (ISS).