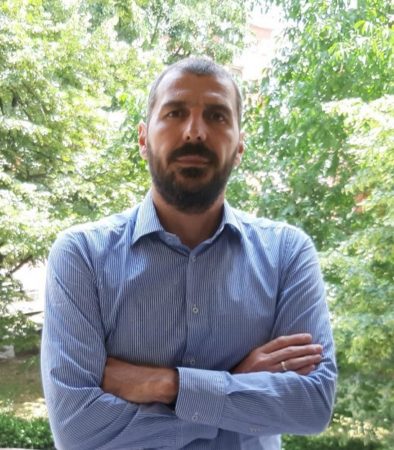 Senad Šabović joined the European Institute of Peace in April 2021 as a Senior Advisor, bringing his more than 15 years of experience in peacebuilding and development in the Western Balkans. Previously, Senad worked for the OSCE Mission in Kosovo, where he led the office of political affairs and communications. As the principal policy advisor for the OSCE in Kosovo, Senad helped direct its multifaceted programmatic work, managed stakeholder and media relations, and shaped some of its key engagements over the last decade. His contribution was particularly relevant for designing, negotiating, and implementing the OSCE election facilitation operations in Kosovo. In 2012, he was a core member of the team that shaped the concept of operations for OSCE facilitation of Serbian elections in Kosovo, and in 2013 for the concept of OSCE facilitation and support in the conduct of Kosovo elections in the northern Kosovo Serb-majority municipalities. The 2012 operation was among the key successes of the OSCE as a whole for the year, whereas the 2013 operation was the first substantial point of implementation of the April 2013 normalization of relations agreement between Kosovo and Serbia, facilitated by the European Union. Through this and similar engagements, Senad has extensive experience in designing complex crisis-averting solutions and obtaining acceptance for these solutions from governmental actors in Kosovo and Serbia.

Prior to joining the OSCE, Senad worked for the International Crisis Group office in Kosovo, where he researched and shaped policy options on political-security and inter-ethnic issues, particularly in the sensitive northern Kosovo region. He was also the program director with the Humanitarian Law Centre, a leading transitional justice organization in the Western Balkans, and has served on the board of the Youth Initiative for Human Rights, a major actor in human rights activism and reconciliation in the region.

Senad has a BA degree in Political Science and International Relations from the American University in Bulgaria and an MA degree in Peace Studies/Conflict Resolution from the University of Bradford in the United Kingdom.