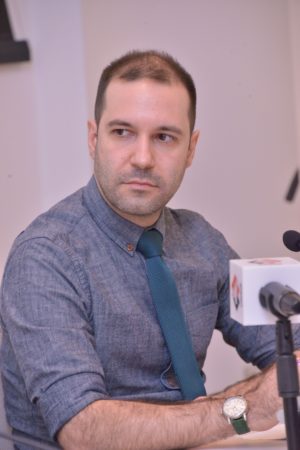 Thanos Petouris is Regional Advisor to the Yemen team with longstanding expertise in southern Yemeni politics. He is in charge of research for the Institute’s Southern Dialogue Process and plays a central role in relationship management with Yemeni and international stakeholders. He joined the team in early 2021. Thanos has visited Yemen regularly since 2005. He lived and worked in Aden for three years between 2005–2010. During this time, Thanos was able to travel and conduct research in most parts of the country.

He holds an MSc in Middle East Politics from SOAS University of London, and is currently a PhD candidate in Politics with focusing on the South Yemeni anti-colonial movement. He speaks five languages, including German, French, and Arabic.