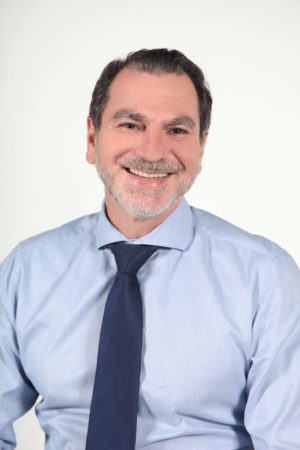 Vasilis (Basil) Polemitis is a former ambassador of Cyprus to the United Arab Emirates (2015-2019), where he was awarded the Order of Independence First Class of the UAE for his efforts in developing the bilateral relations of the two countries. Prior to that, he served as the first-ever diplomatic advisor to the Minister of Defense of Cyprus, as Security Policy Director at the MFA and as president of the Counterterrorism Working Group (external aspects) during the Cyprus presidency of the Council of the EU.

In 2012 he was the Cyprus point of contact/coordinator for the UN-OPCW mission for the removal of the chemical weapons of Syria pursuant to UN/SC resolution 2118 and OPCW Executive Council decision EC-M-33/DEC.1.

In January 2020, and after 20 years in the foreign service, he moved to the private sector, and currently he is the founder and CEO of VP Ventures, a venture capital and strategic communications consulting firm focusing on innovative enterprises. He also serves in a senior advisory and non-executive capacity in a number of companies and nonprofit groups, including the Hope for Children CRC Policy Center, an international NGO from Cyprus.

He holds a BA from PACE University NYC, an MA from the Fletcher School of Law and Diplomacy, Tufts University, Boston and an MALS from Georgetown University, Washington DC. He also graduated from the High Level Course of the European Security and Defense College of the EEAS, Brussels. He contributes a weekly op-ed column on current economic affairs in the Sunday edition of the Politis newspaper.