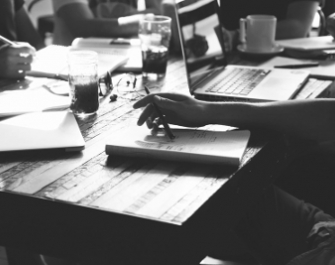 How do you change someone’s behaviour? The question is as simple as the answer is complex. Human beings are surprisingly reluctant to change their own behaviour, but efforts to elicit change in mediation should be both welcomed and expected. By Arvid Hallberg

Mediation is becoming more complex but the behaviour of mediators has remained rather static. Mediators today are, more or less, the same people as 25 years ago which may explain why many of them fail to make use of the vast policy support and novel approaches to conflict resolution available to them. In an effort to address this  policy and practice gap and the disconnect between the supply and demand of mediation support, it is worth looking at the human factor of these problems: the attitude and the behaviour of the mediator.

Why we need change – the usefulness of policy in practice

Millions of euros, tens of thousands of man-hours and countless sleepless nights are spent generating research papers and guidelines on mediation best practice and new policy approaches. However, the impact on the ground is disappointing. Too much expert knowledge and advice is going underutilised. New policy is made to invoke a change in practice or behaviour. the adoption of a policy paper does not mean it will be implemented on the ground. In fact, most new policy suggestions are not having nearly the desired effect on the implementation of peace processes because it takes more than good ideas to change ingrained behaviour. On guidelines to inclusion, for example, a UN Women review showed that only four percent of signatories to peace processes between 1992 and 2012 were women despite overwhelming evidence that including women makes for better and more resilient peace agreements. Understanding what it takes to influence mediators’ modus operandi could lead to an improved use of research, an increased impact of policy recommendations and overall better peace agreements.

So why the reluctance?

Naturally, changes in practice and behaviour would be common if it was easy to influence mediators. Often, it is not a prejudice against recommendations that prevents behavioural change but an opposition to doing things differently. Effectively, it is a resistance to – and possibly a fear of – change. Specific challenges that need to be overcome are so-called cognitive distortions, i.e. certain errors in thinking – examples can include pride or personal biases. These types of intellectual “errors” are common features of how we think. Polarised thinking, tunnel vision, overgeneralisation and other biases are part of how we deal with complexity. Tunnel vision, for example, can make the mediator averse to changing his original plan, and overgeneralisation can blind him to new opportunities such as engaging with moderate factions of armed groups because “all terrorists are the same”. Pride may prevent mediators from recognising their own shortcomings or it can stop them from accepting advice or using policy recommendations. As such, cognitive distortions are not only a challenge for behavioural change but also for the professional execution of mediation processes.

As for behavioural change, it is not prejudices about women that hinder their meaningful inclusion in peace processes, but the discomfort, uncertainty and complications that accompany a break with the status quo. Similarly, preconceived notions about who is important may limit local ownership to some degree, but largely it is limited because mediators are more accustomed to dealing with politicians and warring parties than with the disaffected local people, women’s groups, civil society and other stakeholders who are therefore too often ignored. Thus, it is necessary to break through the thick veneer of experience and deep-rooted cognitive distortions to ensure that the policy guidelines and recommendations are well received, understood and applied.

Mediation support is an umbrella term which encompasses the operational assistance offered to the mediator before, during and after his/her mediation efforts. It ranges from the deployment of support staff to the provision of technical expertise and advice. For mediation support professionals it is vital to overcome the mediator’s cognitive distortions to ensure their advice does not fall on deaf ears and leads to changes in behaviour on the ground. The first and foremost element in achieving this is trust. Mediation practitioners are more likely to accept new approaches from people they know and trust, and are more open to learn new tricks and address any shortcoming in an environment in which they feel comfortable. Naturally, they are also more likely to recognise their own biases if they are work with people they trust. Thus, the interpersonal relationship between the support staff and the mediator and his/her team’s so-called organisational culture is key.

When approaching mediators with an aim to generate behavioural change, it is important to do so strategically. Identifying what serves their interests, and providing them with information and support that is useful to them are ways to build trust and show an understanding of the position and interests of the mediator. Support includes offering new ideas, insights or projects, or, on a more personal level, something that makes the mediator look better in the eyes of peers and public. Importantly, every engagement should be approached transparently as even a small misunderstanding can lead to mistrust and lost opportunities.

Finally, these points will be particularly effective when paired with certain communication tactics. Listening actively, behaving empathetically, treating others with respect and framing information accordingly are the building blocks to generate change in someone else. Additionally, correctly identifying and understanding emotions, both our own and those of others, can help predict how mediators will react to suggestions. If one knows what the recipient is expecting it is best to have a reason ready when offering something else.

There is an evident need for new approaches to peace processes and mediation. New practices, policies, and most of all accountability are vital for mediation to develop and improve. However, there is a reluctance from many practitioners to take advantage of new research and even more so against being held accountable for any shortcomings. This reluctance can, and indeed must, be overcome. The EIP is attempting to bridge this gap between policy advocates and practitioners by listening to and understanding the needs and concerns of both sides. An important aspect of this is to build on what works and undertake a critical assessment of what can be developed, strengthened and improved. By analysing current challenges such as behavioural change from both perspectives and finding mutually endorsed ways forward, the EIP aims to strengthen the engagement between mediation support and practitioners. This will not only enable better and more tailored support services from mediation support units, but the same mechanisms will also be useful when introducing new perspectives and ideas to any aspect of peacemaking. This is a crucial link in the larger goal of modernising and improving the quality of peacemaking – and therefore and important first step of the road.

This is the third part of a blog series from the EIP’s Mediation Quality Programme. The series informed and draws upon an EIP event held at the end of August which hosted the world’s foremost mediation support experts to brainstorm and come up with concrete ideas on how to eventually close the gap between policy and practice more effectively.